At a short distance from the sea of Salento

It is set in the Serre della Marina zone, along the provincial road to Taranto. In 1172, a preemption by the Norman king William the Good cited this countryside as belonging to the grange of “San Pietro in Bevagna” (bounded by a wall). The farm is reachable by an arch portal which leads to a central corridor, sided by the rooms used to host the animals. The complex is made up of an imposing construction, built in smaller yard. The main part of the Masseria is the tower, rounded by battlements on its weaker sides. Because of its height, its access is reachable by a double-ramp staircase, made by pietra dura. With the passing of the time, the tower has been sided, both in the East and in the West, by other buildings, which nowadays create the whole complex. The first floor is arranged to host the lords of the land, while the ground floor is reserved to the shepherds and the animals; in addition there are some rooms used for the milk processing. The whole complex has star and barrel vaults. 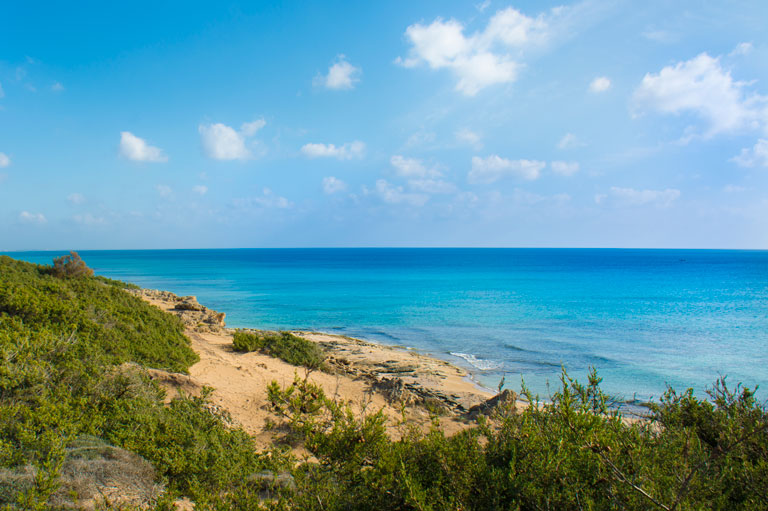 In the land belonging to this Masseria there are two big cisterns: the first one is situated a few meters far from the building, while the other one is a little bit farther, in the Macchia Mediterranea. They both have a drinking trough for animals. In the XVII century, Prince Imperiali bought a defense building from the De Donno family. This defense was then put together with the whole Masseria, bought by the same Imperiali later, in the XVIII century. That time, the Masseria had a high number of both draft and farm animals, in addition to about 100 “Tomoli” (about 681 square meters) of lands fit for cultivation, and 200 “Tomoli” (about 1362 square meters) of maquis, more likely used for grazing. In 1804 Masseria La Scalella had about 360 “Tomoli” (2452 square meters) of Macchia Mediterranea. In  1827, Giovanni Schiavoni became the owner of the whole area. Between 1840 and 1850, his nephew concluded the work of renovation, which made the Masseria such as we can see it nowadays.

The perimeter of the lands which, in the XIX century, belonged to Masseria La Scalella is still visible following the ancient dry-stone curtain wall, sided by columns. It is also possible to see, alongside of the wall, some “finete” (signs delimitating properties)by local stone, about one meter high on the ground, with particular incisions on the headboard. This wall extends from “Urmo” country road, passing through “Trecento Tomoli” country road, Masseria La Scalella, the woods of Rosamarina, up to the provincial road to Taranto.